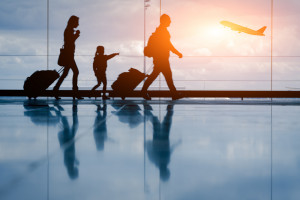 ICAO, also known as the International Civil Aviation Organization was founded in 1944 on the 7th of December. On this occasion, the first commemoration was held the same day 50 years later of those working in civil aviation (flight and ground service personnel), and of those who lost their lives in air disasters or because of international terrorism. Thus, this day became the International Civil Aviation Day, which we celebrate in Hungary since 1969.

The mission of the ICAO is to make people aware of the importance of aviation in the social and economic development of countries, “to establish and maintain friendship and understanding among nations”, and to enhance safety, efficiency and regulate transportation. In addition to the technical details (rules of airports, aircraft, staff), it is also responsible for determining the adequacy of travel documents and defining the relevant directives.

ICAO also organises regional and international professional forums regularly. In recent years, ANY has participated several times as an exhibitor at the ICAO TRIP Symposium, at the organization’s headquarter in Montreal, and at the ICAO TRIP Regional Seminar in Benin, Africa last February.

Although, this year most of us had just a few foreign trips, yet we are proud that we, at ANY, can contribute to the unforgettable experience of a trip. Thanks to the secure identity documents we produce, millions can move freely between the countries of the European Union only using their identity cards; and with their biometric passports and tamper-proof visas, they can visit almost any country in the world.