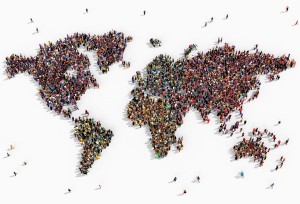 Nearly one million immigrants were granted citizenship by the EU member states in 2016, 18% more persons than a year before – as it is stated in the recently published Eurostat research. Most of them from Europe and Africa took the oath in one of the member states, but there were plenty of people (1.3%) who had no or unknown ’citizenship’.  They are the so-called stateless persons who are not recognized by any of the nations as their citizens.

The British news portal Quartz shows a 20-year-old woman’s example of how someone has been living as stateless person in the United Kingdom since she was 2 months old. Helen Smith was a baby when she and her parents came to the United Kingdom from Nigeria, and as she was not born there and none of her parents was British citizen, she was not automatically granted the citizenship. Although the time spent in the country since then would entitle her to citizenship, the price of it is unpayable for her, because getting an ID here is the most expensive in the world: it would cost 1282 Pounds. In the United Kingdom about 120 thousand may be the number of people like Helen, according to the British data published by an Origo article. Stateless persons cannot get either an ID card to identify themselves in the official places, or a passport to leave the country. Working, banking and court proceedings but even the access to healthcare and participation in education become more difficult for them, however, according to the 1954 UN Convention regarding the status of stateless persons, the acceding countries undertake that those who have stateless status shall be treated in the same way as foreigners, and in some cases they will be granted the same rights as citizens.

The Shona community of about 4000 people lives in Kenya, who migrated from Zimbabwe to Kenya 50 years ago, but their descendants have not yet been recognized as Kenyan citizens. According to the Equal Times there are 1.1 billion people on the Earth who cannot identify themselves in any way, and about the half of them live in the Sub-Saharan region. Here the birth registration rate is below 50%, while in Central and Eastern Europe it is 98%. These 1.1 billion persons mostly consist of children, because 4 out of 10 persons are under the age of 18 and every 6th is an infant under the age of 5. According to UNICEF data, girls are fewer times registered at their birth than boys. The gender gap is strengthened by the fact that in the case of women there may be institutionalized limitations for their identification, as in some African countries getting the official documents is linked with their marriage.

Since 2000, in the Sub-Saharan region, 23 countries have presented the National Identification Program, introducing the biometric ID cards. The ID4Africa Exhibition and Conference organized annually with the participation of more than 30 countries, where our printing company also exhibits every year, offers a unique opportunity for the local governments to get acquainted with the digital ID products – as stated in the summary of Discourse on development. 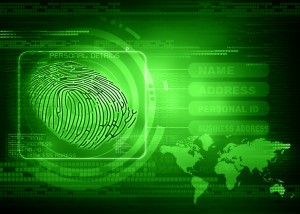 Stateless people cannot show their official documents at the border crossing points and they are not able to verify who they are and where they came from, but if any of their biological features that they have only and exclusively is electronically registered in their homeland, they can be identified anywhere and at any time in the future. Of course, only if there are intergovernmental agreements that legally and technically allow it during identification in a foreign country. Such unique identifiers may be our fingerprint, eye iris or portrait photo. The state-of-the-art card or paper based ID cards and passports are already able to electronically include such biometric identification features. The article of the Siliconrepublic news portal raises the question if 2 billion people have Facebook profile on the Earth and 1.1 billion do not have official personal ID, then why cannot there be a transition between the two. The American civil organization USaid discusses in a long study, what are the digital options which can provide solutions to that global problem. In September 2015 the world’s leaders drew up the Sustainable Development Framework and according to the Point 16.9 thereof, by 2030 every individual shall have legal ID, including birth registration. The aim to be achieved is therefore that babies of the future can put down their ‘footprint’ already at the moment of leaving the hospital, but to this end still many conditions should be fulfilled in the present.