Today is World Population Day – personal identity for all

Home/Blog/Today is World Population Day – personal identity for all

Today is World Population Day – personal identity for all 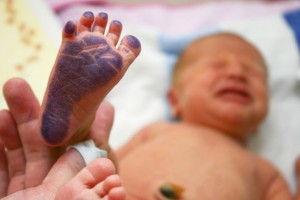 We all are aware of the impacts the overpopulation has on the environment. Excessive and rising increase of the population can be observed mostly in the less-developed countries, where personal identification and population register have serious shortcomings, and as we have already written in one of our blog entries 1.1 billion people live in the world without identification document. They are not included in any central population register; they cannot get medical care, attend schools and vote without documents. In addition, about 5.6 million children under the age of 5, including 2.6 million newborns, lose their life worldwide each year. In most cases, illnesses that led to death could have been prevented by appropriate care.

We can see how important it is for each person to have document suitable for personal identification. The good news is that leaders of more and more countries are recognizing the importance of this. Therefore, Kenya, for example, is going to introduce a system, due to which each newborn child will be registered with personal data and fingerprint within 2 to 24 hours after birth. Registration of newborns is of high importance, because there are some regions where babies are released from healthcare facilities 6 hours after birth, although literally it is vitally important to provide them vaccinations in proper time, which requires that children should be registered in the system. Once the child has been registered, he/she will receive more easily school-based education at the appropriate age, enhancing his/her chances in the labor market.

We at ANY Security Printing Company are working to provide a solution to this global problem by the means of our identity products and developments. We are able to accompany citizens with a wide range of our products from birth to the end of life: we produce birth certificates and ID cards with security elements, passports with polycarbonate data sheets, driving licenses, marriage certificates and death certificates. Moreover, we ensure the relevant IT background system; from the biometric data recording to the infrastructure required to use services related to the document and validate rights. So far, documents suitable for identification produced by us have reached over 250 million people only in Africa. We know that there is still a lot to do for us and the governments, as well as the local and international nongovernmental organizations.