Kner Talks are back again

Home/Blog/Kner Talks are back again

Kner Talks are back again

Unfortunately, due to the pandemic, the partner meeting in Gyoma, which was first organised in 2019 and set to become a tradition, could not take place in the last two years. Therefore, the 2022 event was preceded by even greater anticipation in the 140 years old Printing House.
On 12 May 2022, some of the partners travelled from Keleti railway station to Gyomaendrőd in a special Kner carriage attached to the Intercity train, where after a pleasant journey, the melodies of the artist Péter Gerendás welcomed the nearly 150 guests gathered in the yard of the Printing House. The welcome speech by Zoltán Csöndes, CEO, followed the gathering’s good conversations and the consumption of local delicacies. Afterwards a visit to the factory and museum took place in three groups with a tour of the Kner museum, the machine room and the bindery room.
The programme continued with the KNER TALKS round table discussion in the Kállai Ferenc Cultural Centre located on the opposite side of the street. First of all, Dr. Ákos Erdős, Chairman, talked to László Barabási-Albert (physicist, network researcher, external member of the Hungarian Academy of Sciences, professor at Northeastern and Harvard University) about the interconnection between network research and art, and about one of the newest platforms for selling artworks (NFT). Attila Szalay-Berzeviczy (economist, former president of the Budapest Stock Exchange, amateur historian, photographer) gave a lecture in which the audience could find out how war is possible in 21st century Europe and what were the economic and historical preconditions for the outbreak of World War I. He also spoke about how exciting it was that his book was at the time being produced in the factory. As the third speaker, Mr Erdős asked Dr Ádám Erdész (historian, current director of the Békés County Archives) about the research on the Kner Albert branch in the United States, which aims to show, among other things, how Albert Kner built a successful international career in Chicago amidst the hardships of the last century. Finally, Tamás Erdős (Chairman of the Board of Directors of Gyomai Kner Printing Company) spoke about the benefits for customers of the digital development concept prepared by the team of the Gyomai Kner Printing Company and the logistics and fulfilment service launched last year. The excellent community event was rounded off with the inevitable pálinka competition between the employees and a delicious dinner. Based on the expert judgement of the guests, the special peach pálinka of Viktória Kis, a bindery machine operator, took the first place among the 5 fruit spirits. She received her challenge cup form CEO Zoltán Csöndes at the Employees’ Day the following day. At the event, Lajos Kocsis, Head of Quality (former Head of Binding), received one of the printing industry’s highest professional awards, the András Hess Award. Apart from a few minor detours, Lajos has been working for Gyomai Kner Printing Company for more than 40 years. He has the highest level of printing and binding skills and is a master of traditional hand-binding. He provides excellent knowledge sharing and practical training for the upcoming professionals. His work ethic is an example for his colleagues and for the next generation of printers.

We congratulate the winners and wish them many more successful years ahead! 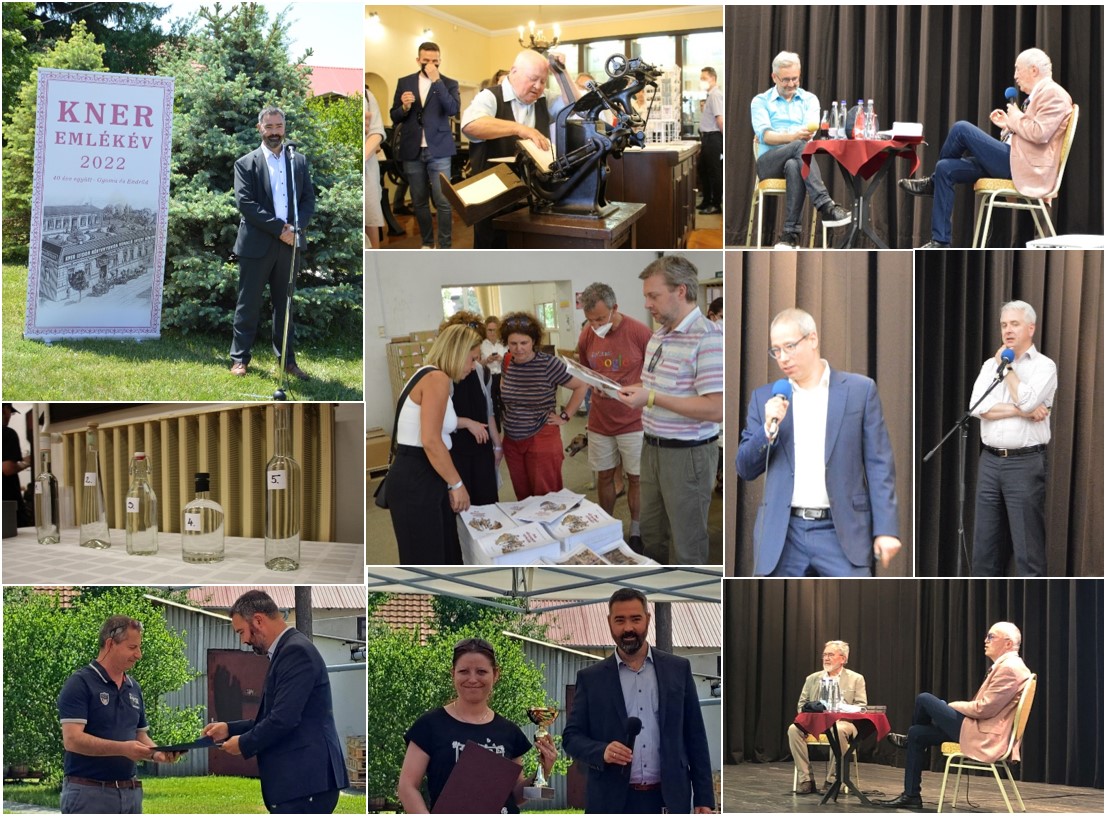