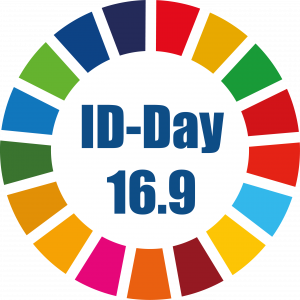 The International Identity Day is celebrated on the 16th of September, and reminds us every year how important is to have legal identity, so that people can exercise their rights and obligations fairly and equitably in modern society.

The date refers to the United Nations’ Sustainable Development Goals’ 16.9th point, which clarifies that everybody should have at least one identity document, including birth certificates – as this is a basic document that an individual needs to present to obtain other documents. They acknowledged that this lack of proper, official, legal documentation of people’s identity in different regions is a serious problem hindering the development of the world. The goal is set: “By 2030, provide legal identity for all, including birth registration”.

We discussed several times how important is to have legal identity documents and what are the drawbacks if someone does not possess these documents, among others, one cannot enjoy most of his fundamental rights.

That’s why in the frames of an international cooperation more than a hundred non-profit, public and governmental organization promote in their country the importance and the responsible, lawful acceptance of legal identity. These coalition partners in support of the International Identity Day promote and support solutions and initiatives on the market too, with which we can modernize our world in a positive way.

Information technology has also contributed to the development of this part of our world, nowadays we have more and more opportunities for authentic personal identification. Such solutions are the e-passport, the electronic identity card or other documents that include a QR code. Furthermore, in the current epidemic situation, we should have come across articles, that suppose the introduction of so-called immunity cards to certify that someone is already uninfected.

We can come across new solutions on a daily basis in the field of personal identification, companies and professionals working in the sector are constantly looking for innovative solutions.

One of the latest developments is a technology that after a person has scanned his fingerprint, palm-print or has taken a self-portrait assigns an encrypted hash, and then almost completely erases the initial biometric information from the system. As a result, a person can formally identify himself, yet not obliged to reveal his identity, thus the risk of forgery, misuse or breach of data is í significantly reduced. In practice, one gets a special jumble of numbers for identification, instead of a name, biometric data or ID picture.

This system can be extremely useful in developing countries, for example in healthcare: whenever a child receives a new vaccine, the data created can be updated immediately, so they can track their vaccinations, as well as their immunity to certain diseases, while still maintaining the security of personal data. Its advantage is that it works offline without internet or other data connection. This can make easier for these countries to take up the fight against serious diseases.

We can also see initiatives that economic and political unions, such as the European Union try to create a single, transnational identification system, thus facilitating the flow of data between member countries.

Unfortunately, in 2020, we could find several news on the Internet that the epidemic forced many countries to postpone the introduction of new, modernised documents, and that there were delays also in their delivery. While this caused a lot of inconvenience to the citizens concerned, the good news is that research and development projects could be continued, so due to delays, many documents could eventually be released in an even more secure form.

As we can see, not only the Coalition’s partners support the initiative, but a lot of everyday-solution and newer and newer inventions, developments aim to make progress in the field of personal identification and eliminate inequalities as effectively as possible.

At ANY Security Printing Company PLC, we also strive to enable as many people as possible to exercise their fundamental rights thanks to the security identity documents we produce (passport, identity card, birth certificate etc.) which are adequately protected against forgery and thanks to the related full IT back-up system that we provide with them.