Digital identification – bitcoin and blockchain not only for payment

Home/Blog/Digital identification – bitcoin and blockchain not only for payment

Digital identification – bitcoin and blockchain not only for payment 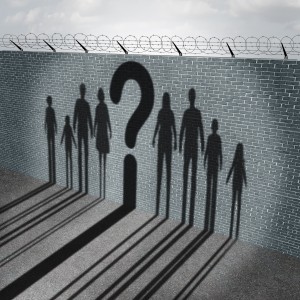 Bitcoin is a virtual currency, run by the computers voluntarily connected to Bitcoin network. This network has no center, supervision body and customer service. The system was founded by Satoshi Natomo in 2009, and since 2010, developers have been working on the development of the platform operating as open source code software. The network puts the financial transactions implemented through it into blocks, and the blocks constitute a consecutive, linear chain in chronological order which is called Blockchain. Blockchain is public and each computer connected to the network (node) receives a copy of it. In each case, when a block is created, a new block is generated by the system. Indefinite number of blocks can be created in the chain. In practice, the blockchain prevents that a transaction which has already been approved may become undone or anybody may spend the money in his/her possession more than once.

Although Blockchain can be considered a major technological innovation of Bitcoin, since it is intended to verify financial transactions in the network, it can (could) be used for other purposes as well.

Identification, for instance, is one of the most pressing topics of our time. Many refugee adults and children are migrating without any identification documents through countries and continents. These people often identify themselves with false documents and they use other persons’ documents as their own. According to the statistics, at present, about 232 million refugees live all over the world so that their birth is nowhere registered, therefore, they may easily be victims of wide variety of criminal organizations. Governments of the individual countries are not able to help at all due to their indecision, and especially for this reason, several civil organizations try to come forward with new ideas to solve the problem. Some developing and non-profit organizations raised the idea of “blockchain identity”. Huge amounts of money are moving among few people, originating from illegal activities and smuggling. These money movements can be traced using Blockchain, and these criminal gangs could be caught up with the aid of administrative institutes and banks. Another idea has also come up: people may register themselves through an organization and they themselves can perform the registration. Independent organizations may establish unions per regions, where digitally attested birth certificates could be issued, providing identification and security for poor people and children with low educational level, who are living in developing countries and are mostly endangered by traffickers.

Fortunately, many celebrities call the public attention to this global problem and many activists do something about it. Organization named BitNation, for instance, recently has established a project named Refugee Emergency Response (BRER) which is trying to solve the crisis evolved in Europe due to identification of the refugees.

It is not the first time that BitNation has worked out an identification solution. They have already come up with a blockchain passport and a marriage certificate. Janina Lowisz was named with the first blockchain-based passport as the first blockchain citizen, by Susanne Tarkowski Tempelhof and Chris Ellis who are the founders of BitNation. The procedure was very easy, only a simple signed and identified PGP key set was required, and the event was equipped with a timestamp and sent to the Bitcoin blockchain system.

Other organizations also think that identification is a very important matter, and whole-heartedly believe that blockchain can be the number one solution. Ryan Shea, who is the co-founder of Onename, tries to solve the question of identification, using the blockchain-based identification protocol. Onename user names are created in open interface and users’ data are entered into the blockchain.

According to Unicef reports, each third child under the age of 5 has never been registered by any organization, group or authority. According to some estimates, in 2013, half of the undocumented adults has at least 1 or 2 undocumented child(ren). Without having identification and documents, they are not entitled to the most basic medical and social care or even lose the job possibilities. Blockchain-based identification solutions and intentions briefly described above and those similar to them may provide help to restrain this growing global problem.