Simply… all you want to know about banking cards

Home/Blog/Simply… all you want to know about banking cards

Simply… all you want to know about banking cards

Our colleagues at ANY Security Printing Company are all really proficient in their job. They are simply good at it, they have gained huge experience for the years spent in ANY and they have great knowledge. Gábor Simon, project manager, is one of our colleagues and knows everything about banking cards, and will share a part of this huge knowledge with our readers in a clear and readable manner. Please, welcome his series that is just starting and if you like it, share it, let others read it, too. 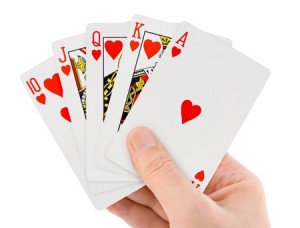 I was also surprised when I realized that I have been ’playing cards’ for more than 20 years. You might say it is a serious dependence even if I don’t do it in a casino as a gambler waiting for a royal flush. My cards are described in standards, and if you want to be precise about them, look for information around the standards ISO/IEC 7810, 7811, 7816 or in 14443.

I have been a project manager for some time, and I have nearly been all in card-related area, almost even a hanged man, when we managed to start a considerable project on schedule with photo-finish only. In addition to projects management, I also consider it an important part of my work to support our partners who find themselves in this area that is unknown to them. It must be admitted that it is not easy to obtain the knowledge related to my plastics. I often meet people who would be glad if someone explained to them simply what was worth knowing about these cards and what was behind each mystical or mysterious or a deliberately over-mystified detail.

Recently I have had the idea to write in the series ’Simply…’ about some topics that can be interesting for people dealing with this area, or it may also be read by people who are interested in their banking card just in general. I have a hunch that the latter ones are more.

I have to add that I believe in using official communication forms because, in my opinion, they enrich our language, but this time I do not think that these texts should be the forum to serve this purpose. I hope you can excuse me for it.

I do not promise to publish with clockwork accuracy, since it is not my key activity now, but I will try to achieve some sort of regularity. In addition, I will try to comply with the title and to write about some interesting things in relation to the cards in a simple manner. If you find my articles interesting, please, simply share them.

Let us start it. This time, in an unusual way, I would start with not just one but with two articles; please, find some thoughts about banking cards next below.

I don’t want to be too ‘scientific’. Banking card, in my writing, is a small plastic card we use for payment almost every day and that’s all. Its use is very simple, but the background technology is rather sophisticated. This is the reason why it is secure but also mystic, as we can spend even a serious credit limit, using a small plastic card with a size of 8.5 x 5.5 centimeters. It is really shocking.

Fortunately, nowadays there is a complex protection system to provide the security of the transactions, which is very hard to deceive. It is most likely to live in the neighborhood of a person who won the lottery than a person whose banking card was ‘hacked’. However, card frauds still exist, but they are almost entirely based on human factors and not on that the data were stolen out of the chip.

Besides the human side, the weak link in this field is the magnetic strip which is luckily a disappearing technology. If we want to find an analogy in case of banking cards, it may be most like the tail bone of the human being, which is a vestige of the evolution. There are some facts, however, that are worth clarifying in relation to magnetic strip.

If we want to provide for active protection against copying our card, we need a much smarter device than the magnetic strip which is little safer than a note written by a pencil on a paper. Fortunately, the technological development allowed moving in a more secure direction, when very small chips appeared on the market, even at an affordable price, that could be integrated in plastic cards too. The first generation chips were still not perfect, because they could also be copied, although it is true, that by much more difficult methods than the magnetic strip. But the development of semiconductors soon resulted in devices that really became uncopiable. Herewith I have to reassure you all that in Hungary the banking cards have been producing only with these uncopiable chips for many years.

This chapter was rather the history, as the magnetic strip itself is also a history and it will fully disappear sooner or later. I would not waste more words on it, because the following topics will only be newer and, in my opinion, more interesting than those mentioned above. Find below a bit more details about the chips of the bank cards. 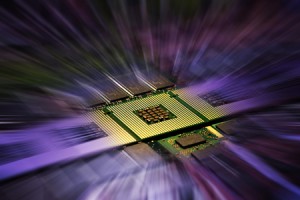 Nowadays almost everything contains a chip, maybe even the wooden butterfly with flapping wings, if we order it from China. Why wouldn’t it just as well be present in banking cards, and why is it such a great thing? Moreover, if we examine the pins of the chip, we may also find that these chips usually have 8, or rarely 6 pins. I must tell you that two of eight are only decoration (using a nice ‘IT’ expression RFU, i.e. ‘reserved for future use’). Compared to this, for example, a standard Core i7 processor has more than a thousand pins.

Therefore, we might think that this chip is pretty dumb. Luckily it is not true, and we don’t have to think about the bank card chips as a component constructed from semiconductors, but the chip itself is a complex minicomputer. These many legs are just enough for it to keep contact with the outside world, indeed! When we use the card in contactless operation mode, it only communicates with the terminal through the antenna of the acceptance device and receives its power supply from there too. That is why we don’t have to charge our banking card with power at night, like our phones, and batteries don’t need to be replaced in it either.

Let’s compare the bank card chip with a real computer and we shall have surprising experiences with it: 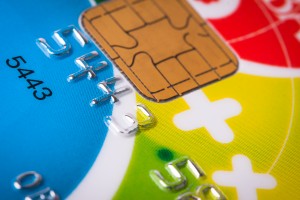 We can see from this brief overview that these chips are really smart small things, but their operation is focused on a very special task: controlling the bank card transactions. In order to ensure that all bank cards and terminals in the world can operate together in a same way, the standardization was required in this area too. The basic rules can be found under the name EMV, which is the acronym created from the names of the large card schemes of that time, who realized that it would have been advisable to come up with a common solution to the use of chips, and they founded an organization for this purpose. Then, based on the specifications issued by EMVCo, the two large card schemes that are the most well-known in Hungary today prepared their payment applications, and one of them operates in our bank card chip too.

Well, for now that’s enough about the chips, and next time I would present you what the chip transactions are. 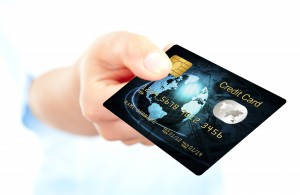