The History of ANY Security Printing Company

The legal predecessor of State Printing House was established in Timisoara as the branch of the Viennese Imperial and Royal Court and State Printing House. In 1868 the Hungarian Royal State Printing Company was transferred to the treasury, and moved to Buda to operate independently as a producer of financial, military and treasury forms as well as value articles. In 1994 the printing company moved to Kőbánya from the prestigious buildings in Buda Castle after nearly 130 years of activities characterized by the maintenance of traditions and renewal at the same time.

After the privatization in 1993 State Printing House Plc. started to develop and produce new security products. Besides the production of security and business forms as well as plastic cards, the company undertook a significant role in the elaboration of concepts of document reforms carried out after the regime change as well as in the development of document protection elements, and extended its portfolio in the development of electronic document management systems and the archiving of files as well. Results of the developments can be seen in the financial figures which have been continuously increasing since 1993.

A new development stage was started with the Corporation’s introduction to the stock exchange in December 2005. The strategy based on complex solutions focuses on development of the areas such as secure personal identification, innovative product identification as well as the form management. All actions taken for cost efficiency and steps taken to clear the portfolio in the past years contributed to the fact that more than 90 percent of the Printing House’s sales were high value added products. All these are supported by the Document Security Laboratory established in 1999 which is definitely specialized in developments and currently works with nearly twenty highly qualified researchers in subjects such as the application of nanotechnology in the printing industry. 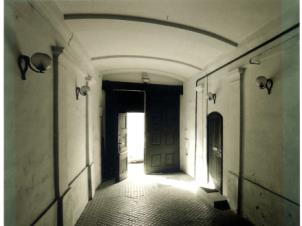 The Vienna-based central State Printing House of the Habsburg Empire opened its branch in Timisoara in 1851. To be able to operate independently from Vienna, the need for setting up its own printing plant arouse. This happened in the Buda Castle on the basis of a regulation passed in 1868. The Hungarian Royal Cadastral Stone Printing Institution began its operation with equipment mostly delivered from Vienna. The Hungarian government, led by Andrássy Gyula, saw the need for setting up a new state printing house from the beginning. The HUNGARIAN ROYAL STATE PRINTING HOUSE, established in the decree of 12 January 1869 of the Ministry of Finances began its operation in the government district, in the Buda Castle on Nádor Square. During the time of construction, the Cadastral Stone Printing House was merged with the State Printing House. The institution got the name State Printing House during its reorganisation in 1901. 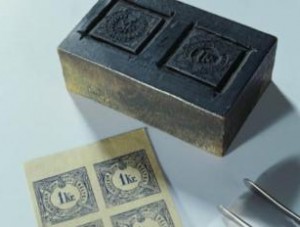 The provision of the Compromise of 1867 concerning the Post entered into force on May 1st, placing all the post offices in the territory of Hungary under the management of the Hungarian post directorate. Afterwards, there was a natural need to put a Hungarian stamp on the consignments of the Hungarian Post. The first Hungarian Newspaper stamp was issued on 20 June 1868. This was still produced in the Viennese printing house, and a German text can be read on the watermark of the paper. The first lithographic stamps were produced and issued in the printing house in Buda in May 1871. With their diversity of Hungarian stamps and a creative and artistic design of the blocks, they had great success, which was also expressed in prizes. Many of the Hungarian postage stamps made in the State Printing House received recognition in both Hungary and abroad. 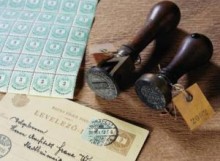 State Printing House at the turn of the 19th-20th century

The State Printing House dealt with all the printing processes. The team of experts at and the professional reputation of the printing house changed accordingly: the people working here had to have experience in all areas of the printing industry. In 1869, the Hungarian fiscal stamp production began, using watermarked paper first in 1873. Meanwhile, envelopes with printed stamps appeared in 1870, and then closed postcards became the new post office item. At the turn of the century, the printing house operated with 26 rapid and 10 manual book presses, 8 copper presses and 2 lithographic hand-operated presses. 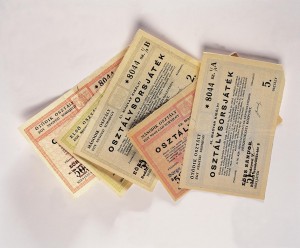 In the 1920s offset and intaglio printing technologies were introduced, which required a major technological modernisation. But the printing house dealt with copper printing and sheet production as well. In the 1930s, the printing house underwent a rapid development. A huge paper storage cellar was established, electric control was installed into the goods lift, and the lithography, the milling and the photocopy departments were rebuilt. Between 1938 and 1942, 8 high-speed printing machines, 1 platen press, 2 paper cutters, 2 lorries and other pieces of modern equipment were put into operation. During the war years, during which the country witnessed a tragic fate, the State Printing house bloomed thanks to orders from the military and politicians. In 1943 its output grew by fifty percent and the departments worked in three shifts—24/7. In addition to the growing need for new forms, the State Printing House was commissioned to produce new products, such as food coupons and fuel coupons. The year 1947 brought along a real change. This was when the pools and lotteries and other games of chance appeared, and offered firm orders for the long term. 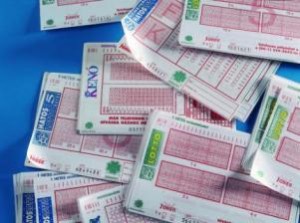 The printing house won the leading factory title a total of fourteen times and on the basis of the excellent results in the second half of 1957 it was even awarded the Red Challenge Flag. The first major investment took place in 1957 to increase capacity and improve quality. As a result, multi-colour stamps were issued. The launch of a new product created the need for another significant investment. Seeing the success of the pools and the lottery, they decided in 1967 to commission the State Printing House to produce Hungarian enveloped lottery tickets, which had been printed in Romania. In 1977, the production of pools and lottery tickets fully returned to the State Printing House. Nearly 20 years later, in 1984, owing to the huge popularity of lottery tickets, a new development was made. 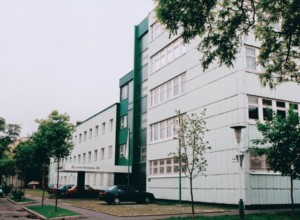 Farewell to the Castle District after privatization – Renewal in Kőbánya

In the last years of the war, the then management and staff threw themselves into a reconstruction with a massive effort. As the machines were being put into operation again, the former customers, the Post and the Railway returned one after the other, thus the production of official forms and bonds and lottery tickets continued. After the regime change in 1989-1990, the State Printing House, a former supplier of the Treasury and the State, also had to face the challenges of the market. Under the changed market circumstances, there was no other option but to reconsider the position of the company, which was guaranteed by the new owner following privatisation. The State Printing House was privatised in 1993: Láng Kiadó and Holding Rt. purchased 70% of the company’s shares. The new majority owner agreed to create the conditions for the establishment of a new and modern printing plant by selling the building complex in the Buda Castle District. The new printing house in Halom utca was formally inaugurated on 4 October 1994.

The production of fanfolds began

Meanwhile, Állami Nyomda Rt. took over a major part of the machines and staff of the Fanfold Printing House of Számítástechnikai és Ügyvitelszervezési Vállalat (SZÜV).  The company’s owners and management made it clear that the goal was to achieve a mutually beneficial merger that offered both former printing plants a secure future and stable profits.

The State Printing Company has been producing a wide variety of securities, post office items and stamps for more than 150 years. It is a qualified bidder and securities producer of the Hungarian Republic. In 1996, a decision of the State Securities and Exchange Supervision approved the production of securities. 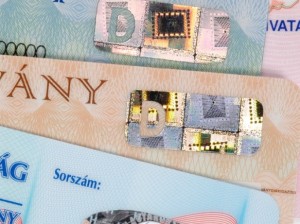 At the end of 1997, foreign capital was involved, which made it possible to create a completely new line of business, the production and personalisation of plastic cards. The development started in early 1998. A plant was built at the Fátyolka utca site whose security and equipment are in line with state-of-the-art technology. In 2000, the plant was further developed and was made suitable for chip card production as well. The printing house is one of the creators of the new, modern Hungarian documents; working together within a group of companies, it produces vehicle registration cards, registration documents, driving licences and identity cards.

Establishment of the Document Security Laboratory

A key element of the business philosophy is to surpass the market by several steps, which cannot only be researched, but changed as well. Its own document security laboratory has existed since 1999 and has largely contributed to the success of document production. It has provided document offices with various equipment, including proprietary printers using security inks and delivered security tools to border authority staff. Today, it employs around twenty highly qualified researchers who work on issues that include the application of nanotechnology in printing or the possibilities to use RFID technology.

When the Company went public in December 2005, a new development stage began. Thanks to the unbroken profitable operation of the Printing Company, it has been successful on the floor since it was placed on the stock exchange, and the shares of ANY are listed among category “A” securities of the Budapest Stock Exchange. Through its presence on the stock exchange market, the transparency of the company’s management has further increased, as evidenced by the fact that investors and analysts have ranked it among the most transparent listed companies for years. 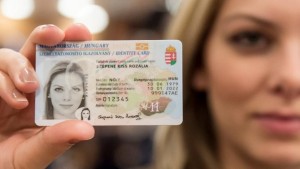 The contactless chip cards containing fingerprints are new not only in terms of their security solutions, but can also perform several electronic functions: they can be used for electronic signatures, identification before tax and social security authorities and as an electronic travel document. The new document was created in just seven months. Nowhere else in the world has such a serious document with security functions ever been created in such a short amount of time. The new identity card is protected by 16 security features. Since the start of the document reform in Hungary, ÁNY Security Printing Company has been involved in the production and personalisation of Hungarian documents—including electronic passports.